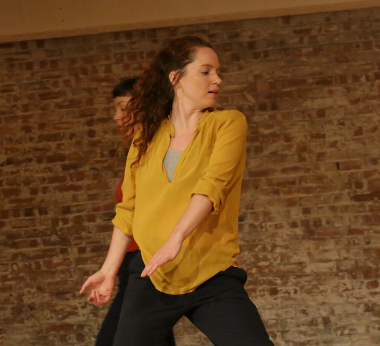 Gaelin is an independent dance artist. She studied at Trinity Laban Conservatoire of Music and Dance (London). Gaelin has also trained as a Somatic Movement Therapist, with the Institute of Integrative Bodywork and Movement Therapy (IBMT) founded by Linda Hartley. IBMT is a holistic approach to therapy based on the principles of Body Mind Centering®, Authentic Movement and Somatic Psychology. These practices underlie her relationship to dance education, creating and performance. Gaelin enjoys teaching improvisation and initiating artistic projects within local communities, she has 10 years of experience working with people of all ages, abilities and backgrounds in a variety of artistic and educational settings. She uses her understanding of infant movement development as a basis for working therapeutically for children with physical & learning difficulties.
Gaelin has worked for Glasshouse Dance directed by Laura McGill and Sarah Lewis, performing in A Little bit of Light, an interactive performance project designed to tour care settings and hospitals for people living with dementia.
Gaelin is currently developing her practice and research though a master’s programme in Creative Practice, hosted by Trinity Laban in collaboration with Independent Dance.
www.gaelinlittle.com 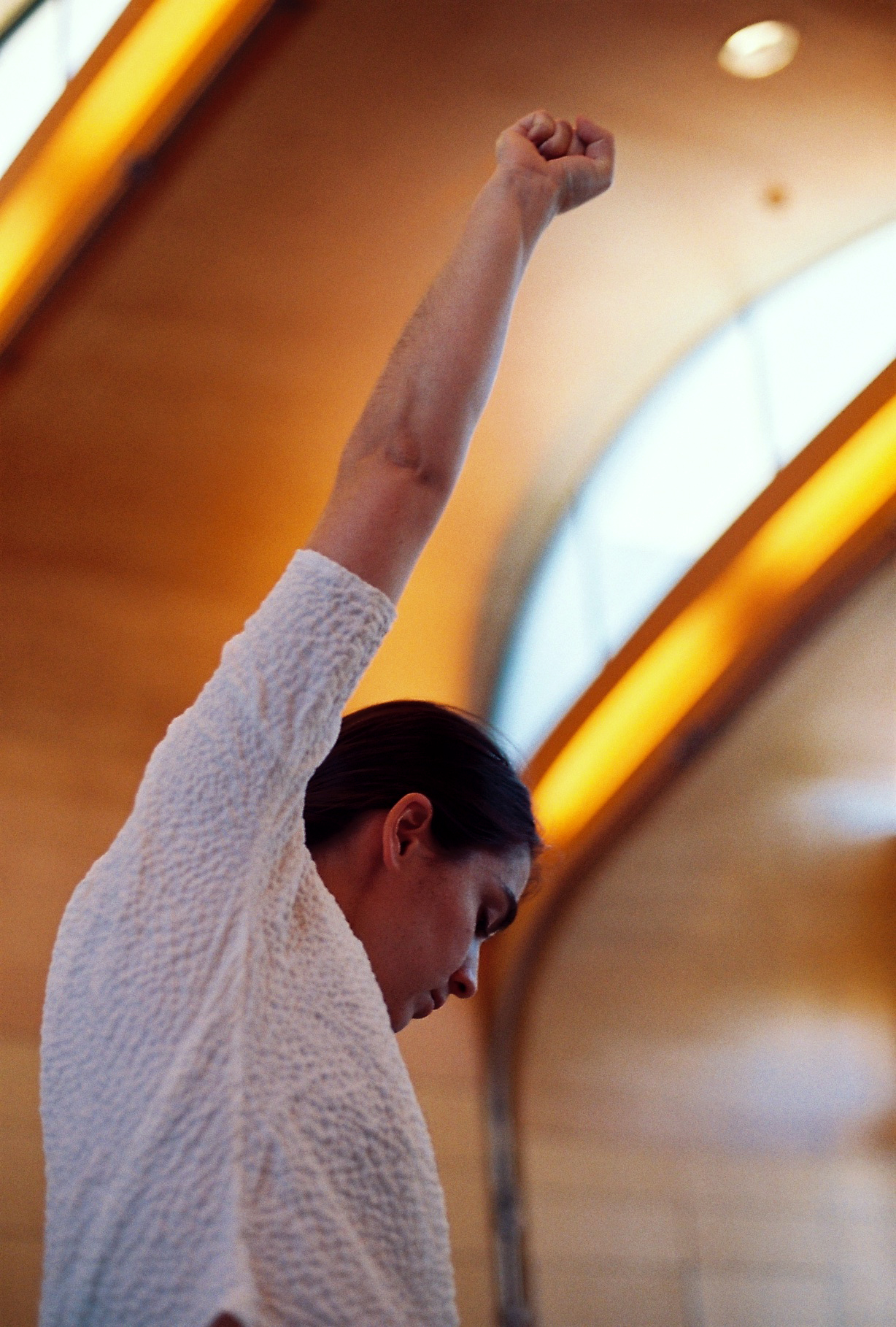 Tara is a dance-maker, performer and artist practitioner working in different collaborative settings. Graduating with MA as part of Transitions Dance Company 2009, she later worked as a performer/collaborator nationally and internationally with artists Jana Unmüssig, Vera Tussing, Benjamin Pohlig, Charlotte Spencer Projects, Liam Steel, Rosemary Lee, Riz Ahmed, Laura McGill and Claudia Bosse/Theatercombinat.
Tara’s projects have been presented at venues such as Chisenhale Dance Space, Greenwich Dance Agency, Siobhan Davies Studios and Schokoladenfabrik. She has been playfully collaborating with Asher O’Gorman since 2012. Their trans-disciplinary project comb with a silent b, with sound artist Daniel Lercher, was developed and performed with support from D.ID Dance Identity, Southbank Centre / Jardin d’Europe Wild Card (hosted at Workshop Foundation Budapest), Im_Flieger, Independent Dance and BM:UKK Startstipendium and BKA Startstipendium. Tara, Asher and Daniel are currently embarking on if a bee falls in a forest, with the support of Arnolfini (Bristol) and Tanz*Hotel (Vienna).
Tara co-leads artistic research with Naomi Lefebvre Sell and Lucille Teppa, entitled Moving as a Thought Process, which explores the role of stillness practices within the dance-making process. The research is supported by Trinity Laban Conservatoire of Music and Dance & Arts Council England.
Tara facilitates workshops and classes in a variety of forums, including in Higher Education and community contexts, which are grounded in somatic principles and improvisation. Tara is a qualified Biodynamic Craniosacral Therapist, practicing in Bristol. She finds a mutually informative relationship between her dance and craniosacral practices, where she lives.
www.taracranio.com

Born in France, Lucille studied dance at Trinity Laban Conservatoire of Music and Dance. She then acquired further training at the Merce Cunningham Studio. Lucille works as an independent dance artist, dividing her time between performance and choreographic practices.
As a performer Lucille has taken part in various projects including company tours, art exhibitions and larger-scale artistic schemes such as Marseille-Provence 2013 – European Capital of Culture (France). Choreographically, her solo works have been presented on several occasions in the UK and beyond. Since 2016, Lucille has been involved in artistic research Moving as a Thought Process, led collaboratively with Naomi Lefebvre Sell and Tara Silverthorn, supported by Trinity Laban Conservatoire of Music Dance & Arts Council England.
Graduating with a BA in English Language, Literature and Civilisation (2012) as well as an MA in Literary Translation and Transcultural Studies (2015) at the University of Aix-en-Provence (France), Lucille also works as a translator.
www.lucille-teppa.com 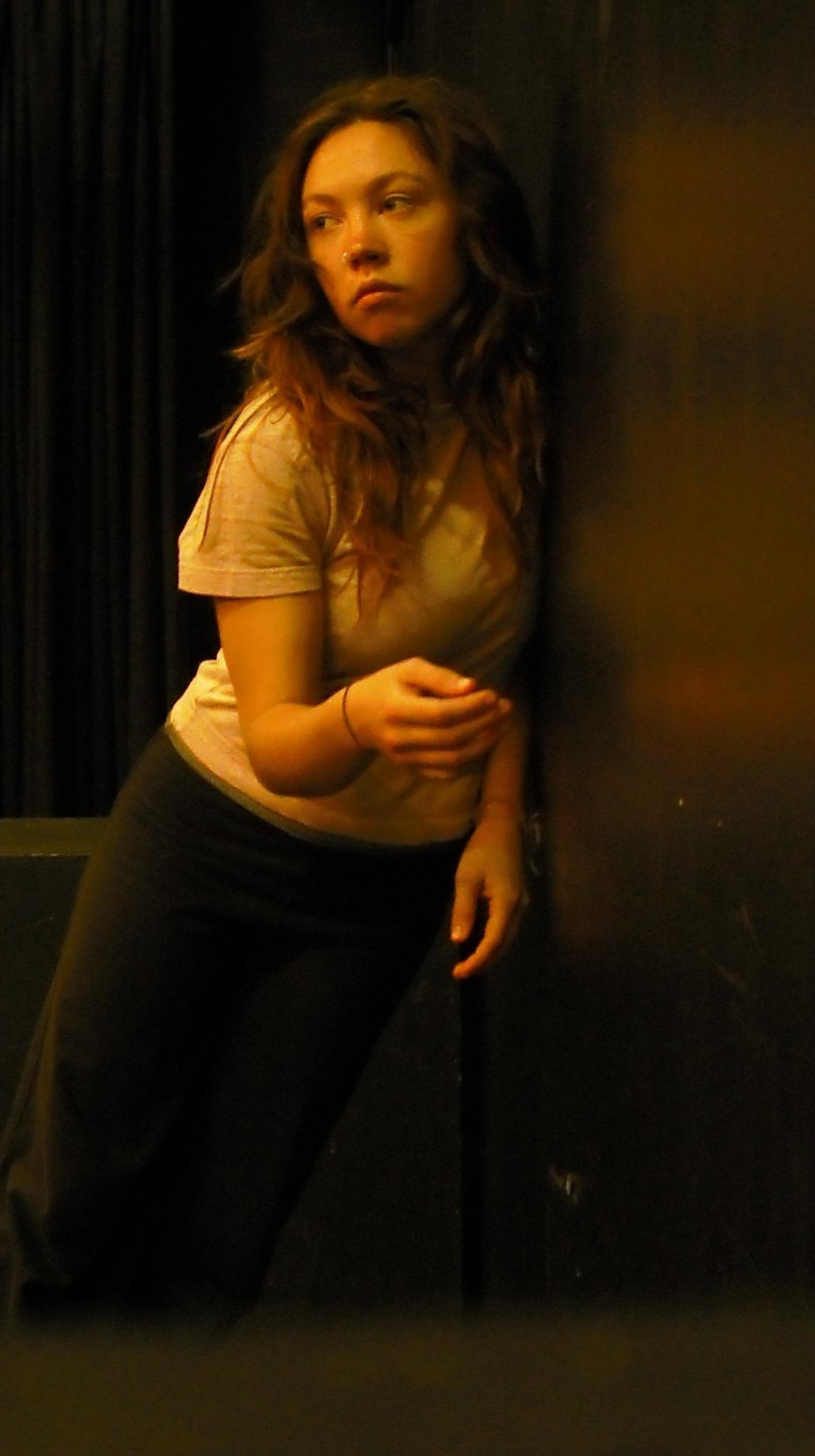 Cat attained a Bachelor of Arts Honours Degree in Dance Theatre at LABAN. She has worked with many influential choreographers touring internationally as a performer and a creator. In 2010 she participated in Oguri and Steinberg’s Flower of the Season, creating a solo performance at the Electric Lodge in Los Angeles. Since then, Cat has worked closely with the directors of Arcane Collective creating the original role for their production Cold Dream Colour which has toured Ireland and the USA including the Guggenheim Theatre in New York. Continuing work with Arcane Collective, Cat returned to Los Angeles for new Flower of the Season 2018 work …like foaming water…. She trained again in Body Weather Laboratory technique and performed at the Electric Lodge.
Her works include ongoing collaboration with Sarah Westwood with projects such as dance film WATER-face, which received funding from the European Social Fund and is housed in the National Library of Wales; Grey-stem, which was first performed at the Electric Lodge Theatre LA, and later screened at Queen Elizabeth Hall, Southbank Centre, London; and currently Sarah’s PhD portfolio in practice-based research at Goldsmiths University of London.
Cat is always continuing to develop her knowledge in bodywork practices, having graduated as an MRSS Shiatsu Practitioner at The Shiatsu College Brighton (2016). She has recently completed (an awarded scholarship) 500 hour Meridian Yoga Teacher Training (Scaravelli) at the Meridian Yoga college Hastings.
http://westwoodcat.wixsite.com/dance

Jason is a freelance documentary cameraman, editor and director currently based in Hampshire. He works on projects in one or more of these capacities for a wide variety of clients from charities and NGOs to artists and corporates. He has always enjoyed the creative space that’s opened up in his collaborations with Eleven Farrer House, as well as some of its individual members other dance and movement projects. 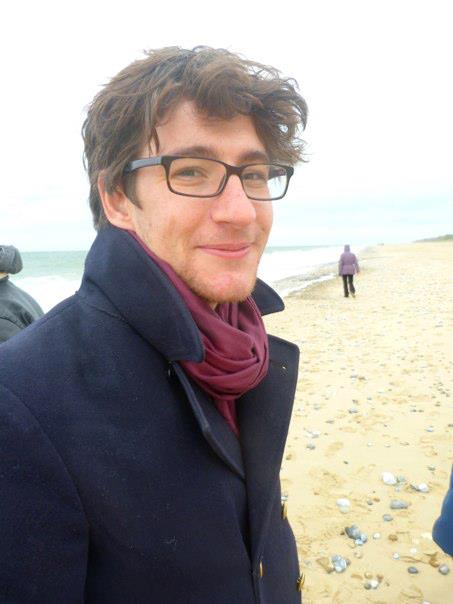 James is an East Anglian composer currently living in London with a strong personal preference for writing slow, meditative music for soloists or small ensembles of acoustic instruments. He graduated with a degree in Composition from Goldsmiths (London) in 2010 and completed an MA in Philosophy at University College London in 2012. In 2013 James collaborated with Eleven Farrer House, writing the original score for lighthouse performance Disappearance at Sea. 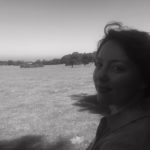 Sarah Westwood composes music for dance, music-theatre, installation, and concerts. Her music is concerned with: memory and the failure of memory; embodiment and transcendence; somatics and matters of the heart. Her work has been received in eleven European countries, across four continents, commissioned, and awarded; broadcast on Resonance FM, BBC Radio 3; published by BabelScores and Tetractys Publishing.
Alongside composing, she is Director of Programmes at Estalagem da Ponta do Sol ‘Residency for Contemporary Music and Electronics’ Madeira (PT), and Co-Director for Illuminate Women’s Music (UK).
www.sarah-westwood.com